Julian’s Campaign on the Local Plan

What’s been proposed for York Outer in the Council’s draft Local Plan?

Well over 2000 acres of land taken out of York’s greenbelt for housing and businesses.

80 plots for Gypsy, Traveller & Showpeople families, including sites in picturesque villages like Dunnington and Knapton.

Over 40 proposed wind farm sites of various sizes across the constituency.

No guarantees that any of the necessary infrastructure will follow these developments.

What does Julian think of these proposals?

Julian supports economic growth and the building of new homes, but he believes the Council’s housing targets are over ambitious and completely unsustainable.

He believes that building on land which has always been part of York’s greenbelt is entirely inappropriate and should be desperately avoided.

Julian thinks the Council should be giving greater priority to building new homes on existing brownfield sites, rather than prioritising this land for employment purposes.

He is deeply concerned by the proposed quantity of Traveller and Showpeople pitches and he disagrees with the Council’s calculation of the need for these sites.

Julian has always been sceptical of wind farms and their questionable benefits and he is fundamentally opposed to any plans to build wind farms on York’s greenbelt.

Julian strongly believes that our existing infrastructure will not cope with the Council’s hugely over ambitious development plans.

With a maximum of 400 homes built on any one site in a year, he believes the Council’s building targets could see the entire area turned into a building site for the foreseeable future, with the increase in construction traffic grinding the city to a halt.

What’s Julian doing in his campaign on the Local Plan?

Julian is speaking up loud and clear for the people of York Outer and he is representing all those who don’t want to see York’s greenbelt torn apart by the Local Plan.

He is investigating how the Council have calculated the ‘need’ for so many new homes and traveller and showpeople pitches and he is communicating with other local authorities to see what they are providing, in comparison to York.

He is petitioning the people on various proposals and he has been encouraging one and all to take part in the consultation process, which closed on 31st July.

He has also written to the Secretary of State for Local Government to ask him to strengthen planning policy by giving communities more power to fight proposed wind farms. Extract’s of Julian’s letter can be read here. Julian is really pleased to hear of the government’s recently announced planning reforms on onshore wind power. For more info, click here.

Julian has hosted a series of public meetings across the constituency to raise awareness of what has been proposed and to give constituents the chance to have their say on the proposals.

Julian has made a lengthy submission to the consultation, in which he has objected to many of the proposals and made a robust defence of York’s established greenbelt. For more info, click here. Or to see what Julian wrote in his submission, click here.

How can you help to protect York’s greenbelt from the above proposals?

1.   The consultation process has now closed, but you can still contact the Council and let them know what you think of the proposals, either in writing to City of York Council, West Offices, Station Rise, York YO1 6GA or via email to haveyoursay@york.gov.uk

2. Engage with your neighbours and parish councils to formulate strong arguments and objections against the proposals.

3. Sign Julian’s petitions, either on paper or on the Council’s website and encourage your friends, family and neighbours to sign as well. If you have the time, please help Julian’s campaign by contacting him to request some of his petition sheets and circle them within your community. 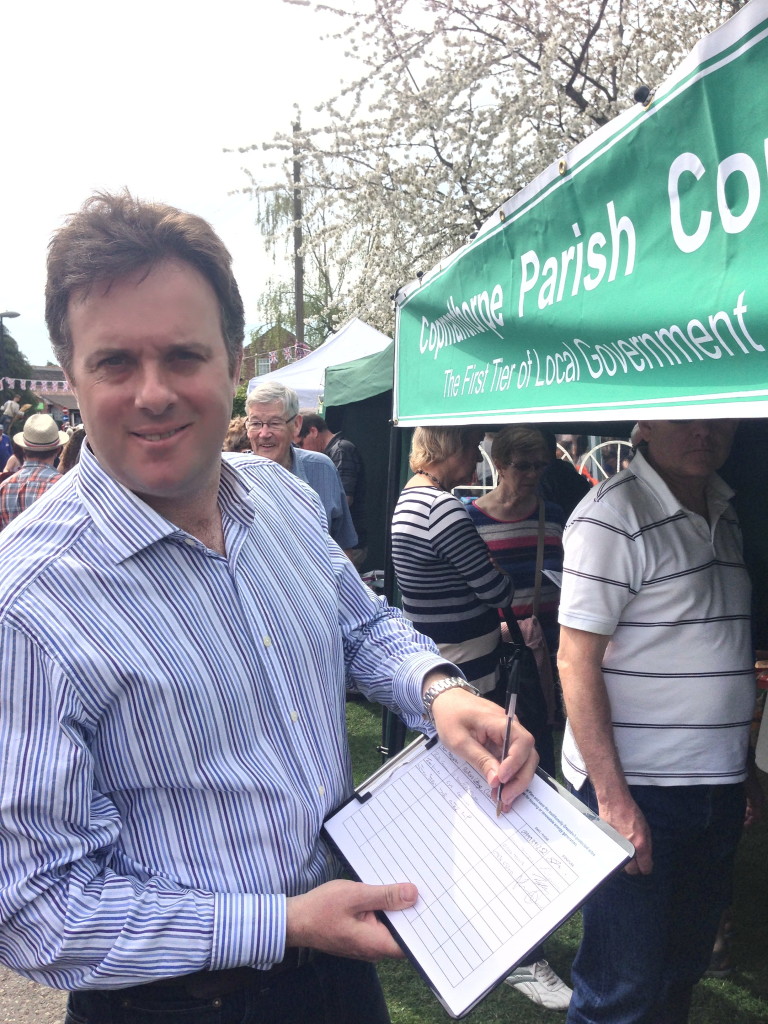