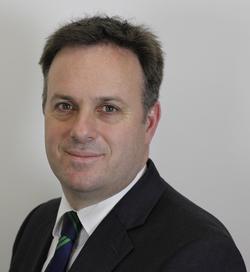 Julian has responded to the Government’s Autumn Statement presented today by the Chancellor of the Exchequer Philip Hammond.

Speaking after the announcement Julian said, “This was always going to be a challenging Autumn Statement than those of previous years following the result of the EU referendum and delivered by a new Chancellor with his own style. There was good news about future investment in infrastructure in England through the newly announced £23 billion National Productivity Fund, and I was pleased to hear that plans to increase the income tax personal allowance to £12,500 and the higher rate threshold to £50,000 by 2020-2021 will be honoured.

“I very much welcome the freeze in fuel duty which backs motorists, as well as additional investment commitments to support research and development to boost productivity.

“I was also particularly pleased to hear that rural business rate relief will be increased to 100% in April 2017, saving businesses up to £2900 a year. The success of the rural economy is so important to our area, and ensuring that small enterprises in rural communities get the support they need is vital.”

In addition the Chancellor announced that £1 billion will be invested to increase coverage of full-fibre broadband and 5G network trialling. Whilst Julian welcomes this news, he remains concerned that the digital divide could be allowed to grow wider as a result.

He said, “When people think of infrastructure they usually think about roads, railways and bridges, but in the twenty-first century broadband infrastructure is equally as important. As broadband technologies have improved internet speeds have increased in urban areas, but rural communities have fallen behind. I will be pushing the Government to explain how they will tackle this problem in light of this announcement.”

Five successful bids to the Local Majors Transport fund were also announced, but the A1237 unfortunately did not feature. Julian said, “I was very disappointed that the Northern Ring Road was not included in the successful list of bids to the Local Majors Fund for money to develop the business case to dual the badly congested road. However, I am pursuing the Government on whether any further announcements will be made, and I will be lobbying for York to get its fair share of infrastructure investment as part of the National Productivity Fund.”

The details of the schemes which will be supported by the National Productivity Fund are yet to be announced, but a policy document also released today on the future of the Northern Powerhouse states that the region will benefit significantly.