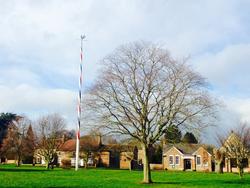 Julian has welcomed the upcoming local referendum on the Upper and Nether Poppleton Neighbourhood Plan.

Neighbourhood planning is a relatively new concept whereby local communities have their say on the future of development of housing and employment in their area. The residents of Upper and Nether Poppleton will now be asked to decide whether they support the Neighbourhood Plan in a referendum that is the first of its kind in York.

Conversations about the Plan began in 2014 when the residents were consulted on their vision for their communities over the course of the next 20 years. This consultation, alongside approval from the Parish Councils and statutory bodies such as Historic England, Natural England and the Environmental Agency has culminated in the upcoming referendum on the 23rd of August.

The Upper and Nether Poppleton Neighbourhood Plan aims to manage new developments of housing and employment in the area as well as maintaining its historic character. The Plan is also clear that any new development should be prioritised on brownfield sites first, before any Greenfield development.

For the Plan to be fully approved it requires the support of 50% of all local residents who choose to vote.

To find out more about the Neighbourhood Plan, please visit http://plan4poppleton.co.uk

Commenting, Julian said “I would encourage all Poppleton residents to have their say and vote in the referendum on the Neighbourhood Plan. I’d like to commend the incredible hard work of the individuals who put the Plan together, which is a great feat in itself. It comes as no surprise that the Poppletons are first in York to reach the referendum stage of their Neighbourhood Plan, and I very much hope residents will engage in the final part of this process.”