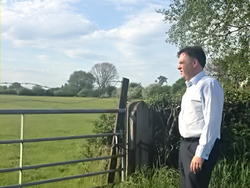 The City of York Council have today embarked upon a six week consultation on their ‘Local Plan Further Sites’ proposals and Julian has appealed to all residents to take the time to have their say.

The ‘Further Sites’ document can be viewed in full by clicking here. Or for the full list of documents, appendices and maps, click here.

The six week consultation will run from today until Wednesday 16th July. Residents are invited to submit their comments on the proposals to the Council, either via email to localplan@york.gov.uk or in writing at FREEPOST RTEG-TYYU-KLTZ, City of York Council, West Offices, Station Rise, York, YO1 6GA. Alternatively, you can download one of the Council’s consultation response forms by clicking here. Julian is happy to be copied in on any constituents’ submissions to the consultation.

“As the future shape and character of our great City and its surrounding rural communities hangs in the balance, there has never been a more important time to make your views known. Let us be under no illusions, York’s greenbelt is under great threat from the unsustainable and inappropriate development proposals within the Council’s Local Plan, so it is absolutely imperative that we get vocal response from our communities if we are to be successful in ensuring York has a Local Plan which is representative of the views and wishes of local people.

“As far as we are aware, all previous Local Plan proposals that are not mentioned in the ‘Further Sites’ document still stand. However, during the forthcoming consultation, the Council will only accept comments on the ‘Further Sites’ proposals. We are told that there will be a further consultation on the Local Plan proposals as a whole ahead of the Council reaching their final position and submitting the Plan to the Planning Inspectorate to initiate the public inquiry later this year.

“I will continue to do all I can to ensure that the communities of York Outer have a voice throughout the Local Plan process and that it is listened to by the decision makers.”