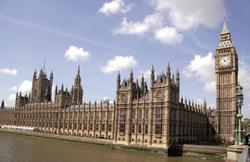 Julian has today welcomed the Chancellor’s 2016 Budget with potentially transformative funding being announced for flood defences, alongside help for small businesses and our education system.

The Chancellor has announced that as part of the Government’s £700 million boost to flood defence and resilience spending, £150 million will be invested in flood defence schemes in Leeds, Cumbria, Calder Valley and York, which will better protect 7,400 properties. On top of the £49 million already committed to repair transport infrastructure damaged by Storms Desmond and Eva, a further £130 million will be spent repairing roads and bridges in Cumbria, West Yorkshire, Northumberland, Greater Manchester, Durham and North Yorkshire.

Following this announcement Julian said: “I welcome this additional funding and it is my understanding that £19 million has been allocated for the Foss Barrier, with a further £26 million for the River Ouse. However, I am currently awaiting further clarification on these points.”

Alongside flood defence spending many announcements were also made in education, which included accelerating the introduction of the new national funding formula for schools, with 90% of schools who gain additional funding to receive the full amount by 2020.

Commenting on this announcement Julian said: “I am pleased that the Government has accelerated the timetable to implement a new national funding formula for schools, the current system disadvantages schools in my constituency and I want to end the postcode lottery in education once and for all. I also welcome the Government’s commitment to invest £20m a year in a Northern Powerhouse Schools Strategy to address the growing divide in educational progress between the north and the south.”

Julian also welcomed the Budget’s wider efforts to continue the economic recovery across the country from help to small businesses with the doubling of small business rate relief, to the news that fuel duty has been frozen for the sixth year in a row.

Speaking after the Budget Julian said: “The Chancellor’s announcement that HS3 has been given the go-ahead is great news, especially alongside the £24 million announced for the Local Growth Fund to improve roads across North Yorkshire and I will be paying close attention to the details when they are released.”

Overall the Chancellor reminded us once again that last year Britain grew faster than any other advanced major economy, with employment is at a record high and unemployment having fallen dramatically across York since the Chancellor announced his first Emergency Budget back in 2010.