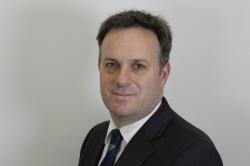 Julian Sturdy, Member of Parliament for York Outer, has today welcomed a landmark new investment of £500k to upgrade roads across York, as the Government works to level up transport across the country.

This important new funding will help cut congestion, boost safety, and reduce journey times and emissions across York, supporting both the economy and the environment. The new funding comes as the Government also publishes plans to speed up pothole repair, including backing new technology to make our roads, safer, greener and better

The funds can be used by local authorities to repair existing equipment and modernise traffic signals. Improved signal operations will reduce traffic queues and provide better facilities for pedestrians and cyclists.

Speaking after the Department for Transport’s announcement, Julian said:

“I was pleased to hear last week that York will be amongst the 39 local authority areas across the country to be awarded this funding to invest in our local road infrastructure. It is good to see the Government’s promised commitment to investing in a wide range of transport infrastructure in the North being delivered on. Going forward, I urge the city council to target the £500k into projects that maximise the economic and environmental benefits for the city as a whole.”

“Whether you’re a motorist, cyclist or pedestrian, every road-user across our country deserves the best possible journey. That’s why, despite already having some of the best and safest roads in the world, this Government is providing millions of pounds to improve them further still. This vital funding and work will cut journey times for millions of people, reduce emissions and keep the UK at the forefront of technological developments in roads maintenance, as we continue to invest in local economies and build back both better and greener from the pandemic.”