Julian speaks up for York Outer residents on fly tipping 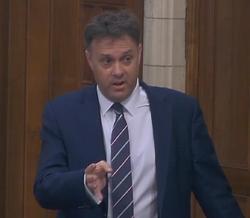 Julian has spoken up for York Outer residents in Parliament regarding the scourge of fly tipping.

Julian raised the issues of waste disposal charges and the effect they can have on fly tipping and the role enforcement agencies can play at a debate held in Westminster Hall on Tuesday.

“Fly tipping is a growing problem not only here in York with over 1,500 incidents in the last year, but nationally with the estimated cost of clearance in England of £58million. There are many actions which can be taken to help address this growing problem.

During the debate I raised the point that charging for small items at the local tip can have a knock-on effect.

I also pointed out that fly tipping is part of a wider criminality which needs to be tackled. Enforcement agencies can play a vital role in ensuring perpetrators are caught, so we can send a message that fly tipping is not a victimless crime and fly tippers will be harshly dealt with.

It is good to see the Government has taken action by issuing more severe fines, but I believe we can go further to demonstrate a no tolerance approach to this unsightly and environmentally damaging problem. I fully support efforts in urging the Government to increase anti fly tipping education, increase the cost of fines and expanding access to waste and recycling centres”.

A web-link to a recording of the debate is available here.