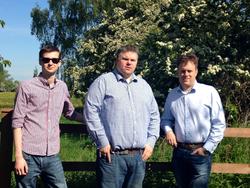 Julian has vowed to continue his campaign for a more “sensible, sustainable and appropriate” development plan for York, following today’s publication of the City of York Council’s draft ‘Submission Local Plan’. Reacting to the latest developments on the incredibly controversial draft Local Plan, Julian said:

“On paper the fall in the overall housing numbers would indicate that the Council is beginning to give weight to our arguments, however I fear, as with anything proposed in the Local Plan, the devil is always in the detail.

“Large swathes of greenbelt land is still at great risk and 80% of proposed housing development remains on the greenbelt. At first glance, many communities in York Outer are still facing urban sprawl and unsustainable overdevelopment that will have an irreversible impact on their character and setting. Ultimately, it looks as if the vast majority of the previously outlined sites remain very much in play.

“The Council have previously removed proposed Travellers sites because of their impact on the open countryside and surrounding communities. However, yet again, they have failed to apply this same logic when coming forward with the two new sites, at Knapton Moor near Rufforth and at Naburn. This smacks of hypocrisy and a lack of the consistent approach that is needed for what will always be a controversial issue. Ultimately, in my opinion, the need for these sites is still yet to be adequately justified.

“Sadly, these new proposals will still generate huge concern and the changes outlined today will be rightly viewed as little more than window dressing by many of my constituents.”