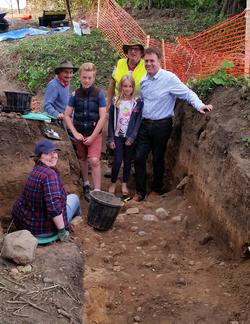 As archaeologists continue their project on the 950-year-old battlefield of Fulford, Julian went along on Sunday to find out more.

During Julian’s tour of the site Chas Jones, the leader of the project, explained that they have uncovered what was “clearly the main road heading south of York” as the A19 is now, running through Deighton and Lincroft Farm.

Although there will be a few months of analysis on the findings, Julian saw the excitement expressed by the archaeologists on the site as what they have uncovered is undoubtedly the “axis for the battle fought at the ford in 1066”.

“I was absolutely delighted to be able to see the fantastic work the archaeologists and volunteers are doing on the site in uncovering more of York’s history. Meeting the people behind this discovery was a pleasure and my children and I thoroughly enjoyed the very interesting conducted walks around the battlefield.” 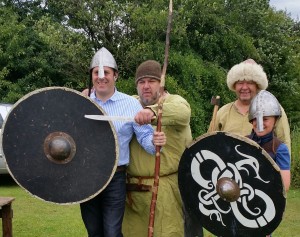