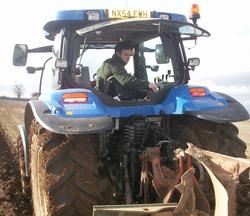 Julian raised the increasingly important issue of food security with the Farming Minister, George Eustice in the House of Commons.

During the Environmental, Food and Rural Affairs debate, Julian asked “Population growth predictions estimate that we will need to produce 60% more food by 2050, but British crop yields have plateaued over recent years and the agrichemical toolbox available to farmers has been ever reducing. Will the Minister look seriously at offering more support for research and innovation that is focused on increasing yields and on the production challenges that farmers face today?”

Responding to Julian’s question, the Farming Minister said “My hon. Friend makes an important point. Following large growth immediately after the war, yields have plateaued in recent decades. DEFRA is spending about £1.75 million a year on research into crops, and our research councils, through the Biotechnology and Biological Sciences Research Council, have a number of programmes in this area. In particular, Rothamsted has a major programme called “20:20 Wheat”, which aims to get yields of wheat to 20 tonnes per hectare in the next 20 years.”

Julian also welcomed the recent announcement that the University of York has been granted £2.4 million for a new study into renewable biological resources. The investment will help scientists at the Biovale initiative to expand their state of the art research into how renewable biological resources and their conversion into food, feed, and other materials, can help other businesses across Yorkshire.