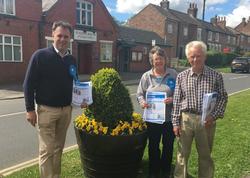 With Cllr Jenny Brooks in Dunnington. Julian has pledged his support to a campaign for supporting local shops and businesses in the village. 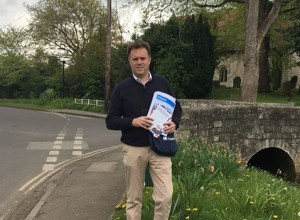 Delivering the latest ‘In-Touch’ to villagers in Osbaldwick. Julian spoke with a number of residents who were making the most of the sunshine and was pleased with the positive response. 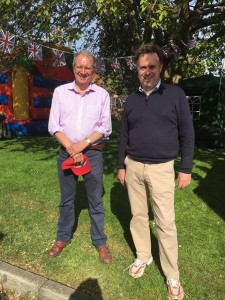 Alongside Council Leader, David Carr in Copmanthorpe. Julian and David hosted a drop-in coffee shop surgery in the village and spoke with a number of residents who came along.