Out and About Campaigning 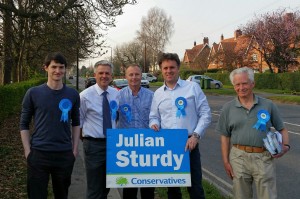 Rawcliffe and Clifton Without

In Rawcliffe and Clifton Without Julian was joined by local election candidates Sam Lisle and Stuart Rawlings. They have been lobbying Yorkshire Water to deal with the smells coming from Rawcliffe Sewage plant, meeting with Ministers to discuss dualling the Northern Ring Road, and opposing the absurd ‘Clifton Gate’ development. 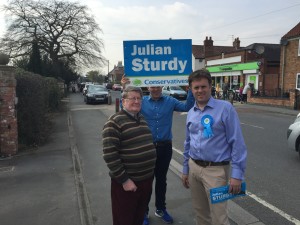 Here Julian is out campaigning with Cllr John Galvin on Main Street in Bishopthorpe. Both have been fighting hard to keep a Post Office in Bishopthorpe, and are delighted they have been successful. While the Post Office has been moved in the Village, it now has longer opening hours which is brilliant news. 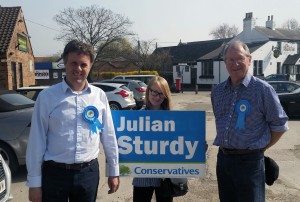 Julian has also been out and about in Copmanthorpe with local election candidate David Carr. Julian has been working with David on a number of issues, including the proposed housing developments and anti-social behaviour. 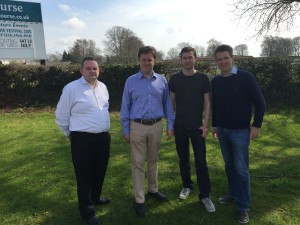 Julian was joined by local election candidates Daniel Donnor, Matt Freckelton and Matthew Litten on the campaign trail in Dringhouses and Woodthorpe. Together they are opposing the development of the land south of Moor Lane, which threatens to damage the unique ecology of Askham Bog. 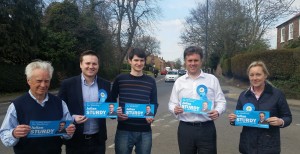 In Fulford and Heslington, Julian has been on the doorstep with local election Candidate Calum Stewart and local activists. They have been lobbying the Council to resolve parking issues on Heslington Lane, and have been speaking to residents about the proposed ‘Winthorpe’ development. 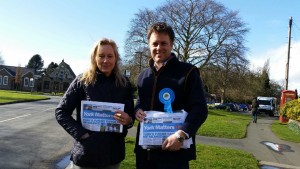 Julian with his wife Victoria campaigning on a beautiful day in Poppleton. He has previously fought off a wind turbine proposal in the area and continues to oppose the unfair government subsidies given to onshore wind farms, which disadvantages other renewable forms of energy. 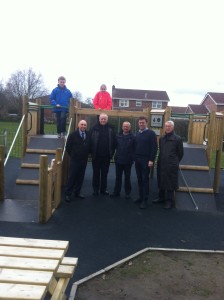 Here Julian met with Cllr Tony Richardson and local election candidates John Gates and Roy Watson-Smith at the new Churchfield Playground soon to be opened in Haxby and Wigginton.