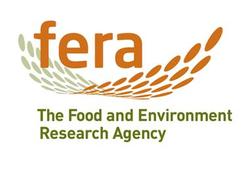 The Secretary of State for the Environment, Liz Truss, has today announced that £14.5 million of new investment will go to the Food and Environment Research Agency at Sand Hutton, on the edge of York.

The funding is a joint venture between Capita and Newcastle University and is part of the Government’s ambitious programme to increase cutting-edge science research around York and will commence operating in April this year.

Making the announcement, the Environment Secretary said “The joint venture will expand the agency’s world leading scientific capability and strengthen its role in food safety research. It will enable Fera to play an even greater role in helping to drive growth in our £100 billion agri-food industry.”

Julian has also welcomed the announcement, having first championed York as a leading centre of food science when he was elected in 2010. He said “It is fantastic news that the Government continues to invest in York as a leading centre of food science. I have been lobbying hard for five years for this investment in York as we are the perfect location for cutting edge research. We have an extraordinary range of research facilities, laboratories and industry expertise right on our doorstep and I will continue to do all I can to bang the drum for York”.

The investment builds on the £2.7 million already committed to the National Agri-Food Innovation Campus where the Agency is based. York is also in line to benefit from £8 million worth of investment in the BioVale initiative at the University of York, which will host a cluster of high-tech biotechnology companies. Askham Bryan College has also received a £1 million investment in a new state-of-the-art training centre and engineering centre of excellence.