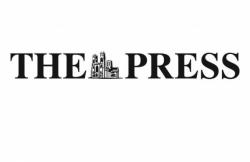 Alongside the drama of Boris Johnson’s fall and the Conservative leadership contest, I have continued to work for our city on local priorities. I have always put York first, and am very clear that delivering for our community counts more than day to day headlines.

For York to continue to thrive we need to grow our local economy, as the economic wrecking ball of the pandemic shows we cannot take prosperity for granted. To secure the best future for our children we have to continue attracting business investment and the high-skill, high-wage jobs this brings.

In particular, we need to make our city a centre for the new technologies and innovations already reshaping world markets. York already has a chance to be part of the cutting-edge ‘bioeconomy’ sector, which produces goods like material, fuel, food and animal feed with a lower environmental impact, and I was delighted to welcome the Minister for Science to tour the facilities of York University’s related ‘BioYorkshire’ project in March.

I have followed this up with further lobbying to guarantee official support for this growing part of North Yorkshire’s economy, using Questions to the Secretary of State for Business and Energy in the House of Commons earlier in July to successfully seek assurances of an ongoing government commitment to projects like BioYorkshire. I was glad to hear Ministers are on track to raise funding for science research and development from £15 billion to £20 billion over the next two years, which should catalyse further private sector investment and job creation.

This month I have also taken action in response to concerns voiced by some of York’s disabled residents, raising concerns about City of York Council’s changes to blue badges and disabled parking provision in the city centre with the Minister for Disabled People in the Commons. I very much hope our Lib Dem-Green ruling council group will listen to the Minister’s clear statement that town centres must be properly accessible to all residents, and rethink elements of recent policy that have caused such alarm.

Removal of the right of blue badge holders to park in pedestrianised zones, and the potential loss of the Castle Hill car park and its 31 disabled spaces risk making it even harder for some of our community’s least mobile people to get around. Access to city centre amenities is vital for my constituents living in the suburban and rural ring around York, and I will continue working to ensure the Council fulfils its obligations to uphold the rights of disabled people.

I have also been pressing the government on protecting living standards for York households amid current world inflation. Last week in the House of Commons I pushed the President of the COP 26 climate change conference on the necessity of addressing global warming through new technology and science, rather than anti-growth measures that harm people’s ability to make a living. Current economic circumstances underline the necessity of using innovation to make the production of goods greener, rather than restricting economic activity in ways that raise prices for families.

During my recent efforts across these areas, I have of course been considering which leadership candidate would make the best Prime Minister. I have concluded that Rishi Sunak is the right person to advance the interests of our region and address current challenges.

In his time as a North Yorkshire MP for Richmond since 2015, I have been consistently impressed by Rishi’s total commitment to our county. By resigning on principle in protest at Boris Johnson’s mistakes he showed integrity and moral courage, and I judge his economic knowledge and financial acumen make him best placed to develop policies to help York families with global cost-of-living pressures.

Rishi delivered the furlough and business support schemes that were such vital lifelines during the pandemic, helping at least 30,000 York residents. The massive energy bills support for households he unveiled in May shows he is ready to take similar bold measures to tackle this new problem.

After the highs and lows of the present Prime Minister, the country needs leadership that combines energy with Yorkshire common sense, and I am backing Rishi to deliver this.