York Press column – New government must deliver for our region 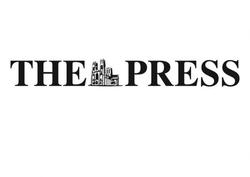 This summer has brought a dramatic overhaul of our country’s government, with the appointment of Boris Johnson as Prime Minister. This certainly makes for a huge change in style from Theresa May, and the extensive Cabinet reshuffle means the wider government has also undergone thorough renewal. Above all, there has been a major clarification of the government’s mission, with a firm commitment to leave the EU by the October 31st deadline, and to pursue a positive domestic agenda on public services with new energy.

Given national divisions over Brexit, and understandable public frustration at the recent Westminster gridlock, it is unsurprising that while many people will welcome the Prime Minister and his approach, many will also be apprehensive. Given the unlikelihood even a few months ago that Boris would become Prime Minister, and the high stakes of the Brexit situation, there is a very serious obligation on the new government to prove its critics wrong. Boris must work to win over those concerned by his ascent to Number Ten, and pursue a sensible Brexit and a positive domestic agenda in a way that unites the country and improves the everyday lives of all.

Most urgently, the new government must ensure we leave the EU, respecting the decision of the electorate in the 2016 referendum and allowing the country to move on. To safeguard our hard-earned economic prosperity, and to prevent damaging social division affecting our country, I believe we need to leave with a deal, in an orderly manner, after friendly but firm further discussions with Brussels.

Given Theresa May’s Brexit deal was rejected three times by Parliament, whereas a motion to approve the deal without the Irish ‘backstop’ was passed by the Commons, it seems entirely reasonable to say to the EU that the exit deal must be something that Parliament can accept, and I hope that the new EU leadership engage constructively with the new government on this basis.

Beyond Brexit, I am reassured by the initial indications that the new government will prioritise significant improvements to public services, transport and infrastructure, and will focus on generating prosperity across the whole country, especially in Northern England, issues I have long campaigned on.

In a speech in Manchester, Boris has already committed to funding the new Leeds to Manchester railway and support the Northern Powerhouse Rail project, a concrete step to address the relatively poor East-West connections between many Northern towns and support regional economic growth. As someone who has lobbied hard for better broadband around York, now vital both for work and family life, I am very glad to hear the great emphasis the new government is placing on this, with a plan for all households to be able to access full-fibre broadband by 2025. I am also encouraged by proposals to create new business-friendly, duty-free ‘free ports’ to attract investment and enterprise to parts of Northern England in need of economic revitalisation.

I also welcome the major focus on increasing NHS funding, with an immediate cash injection of £1.8 billion, addressing issues like GP appointment waiting times, and improving social care provision, and will work to keep the government up top the mark in these areas. York’s NHS remains a major priority of mine, and I want to see our city’s share of the planned £20 billion a year spending increase channelled rapidly into frontline services. The announcement that the new government will get a handle on the recent spike in violent crime by recruiting 20,000 new police officers over three years is also very reassuring.

Boris’s commitment to increase per-pupil funding for schools is a big step in the right direction, especially given the long-running issue under many governments of York’s inequitable position under the old school funding formula, which I have closely focused on. I am also cheered by his pledge to improve FE college provision. April’s announcement that York will be home to one of the first wave of 12 new Institutes of Technology, offering university-level technical qualifications to support young people into skilled jobs was hugely encouraging, and we need to keep up the pace in this area.

Readers can be reassured that I will work to ensure the new government delivers for York, and helps our great city towards an even brighter future.