York Press Column – a busy couple of weeks in Westminster 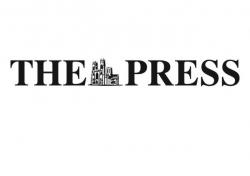 It has been a busy couple of weeks since I wrote my last column, as Westminster deals with the fallout from the Sue Gray report and the Chancellor moved to help families struggling with spiralling energy bills.

On Wednesday of last week I became the first Conservative MP since the publication of the Sue Gray report to publicly call for the Prime Minister to go. I felt that the report clearly showed that the Prime Minister presided over a widespread culture of disregard for coronavirus regulations and raised serious questions about whether the Prime Minister misled Parliament when asked about these events.

Talking to constituents, it is clear discussions about parties in Downing Street remain a damaging distraction at a time when our country faces massive challenges with war returning to Europe, a global cost of living crisis, and our recovery from the pandemic being more important than ever. This is clearly a time when we cannot have any doubt about the honesty, integrity, and personal character of the Prime Minister.

Put simply, I have been giving the Prime Minister the benefit of the doubt for some time now and on the new evidence that has come to light, this is something that I no longer feel able to do.

Also on Wednesday, I had the opportunity to meet with the Minister for Food and Farming, Victoria Prentis to press her on the need for evidence-based policy to enable the use of cutting-edge science to support the production of nutritious, affordable food in the UK.

Growing global populations means the world needs to increase food production by 70% by 2050, in a context where the resources available to do this with remain limited. The vulnerability of global supply chains has been demonstrated first by the pandemic and now by the ongoing Ukraine war. Current cost of living pressures are further evidence of the vital necessity of producing more food at home, to keep prices affordable and access secure.

I urged the Minister to facilitate British producers in utilising the latest science and innovations to produce more food from existing farmland, with new technology like carbon capture and gene edited crops allowing for this to be done while minimising environmental impacts. This is especially important for a region like North Yorkshire given its large agricultural sector and world-famous landscapes.

I was pleased that the Minister was receptive to my arguments, but I will continue pressing on this to ensure our city and region sees the benefits going forward.

On Thursday, I was very glad to see the Government has dialling up its emergency household energy bill support with yesterday’s £400 per home discount. When the Chancellor announced his initial February council tax rebate package, I called on him to be ready to go further if the situation developed, and I am reassured he has now done so.

Given the existing unprecedented global economic factors forcing up energy costs have now been exacerbated by the shock of the war in Ukraine, it is good to see the government protecting families from this by building on the £150 band A-D council tax rebate, with the previous £200 loan doubled to £400 and turned into an automatic non-repayable grant for all households from October.

This means 89% of households in the York and Humber region and 95% of renters nationwide will get at least £550 from Ministers to offset rising energy costs. The new £400 payment will be especially useful for middle income homes in rural and semi-rural areas of North Yorkshire that might have fallen outside the A-D council tax rebate.

I also welcome the Chancellor’s additional measures beyond this to help lower income households, with an automatic £650 payment for over 8 million people on income-related benefits. The special energy needs of people with disabilities and pensioners will also be covered, with new grants of £150 and £300 respectively, in addition to Winter Fuel Payments.

I was reassured to see that the gas and oil excess profits tax used to help fund this support has been accompanied with increased investment allowances, allowing producers to write-off investment against tax to secure future jobs and growth. A one-off levy to protect families against a freak price shock is understandable, but we cannot forget that improving living standards and creating good jobs depends on the ongoing success of businesses, both small and large.