With the return of York’s flooding problem last week on top of covid, the resilience of our city is being given a real test. Of course, it has not been found wanting, and I pay a warm tribute to the City of York Council, Environment Agency and emergency services staff who are working to get

The plunge into renewed lockdown due to the vicious new strain of Coronavirus is...

Julian has applauded the efforts of the Government’s Vaccines Delivery Plan – the biggest vaccination...

I am closely monitoring the situation, and have checked in with our local Environment...

York into tier 3 and schools reopening 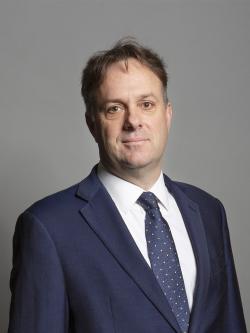 “The move into tier 3 is unquestionably a major blow for the city, especially our large hospitality sector now forced to close, but given York’s virus rate has rocketed from 65 to 240 per 100,000 in just two weeks, is sadly unavoidable. Tiers continue to be reviewed every two weeks, and we still have the chance to turn things around, avoid joining the three-quarters of England now in tier 4, and move down the tiers as soon as it is safe to do so.

Having questioned the Health Secretary before Christmas, we know to aim for the mid-forties per 100,000 people figure that is necessary to return to the relative normality of tier 1. Today’s wonderful news of the UK approval of the British Oxford vaccine means from Monday we have another powerful weapon against coronavirus in addition to the existing Pfizer vaccine already given to 600,000 people, and that even with the bad tier 3 news, the end is in sight. Residents should be reassured that half a million doses of Oxford vaccine are ready from this Monday, and the government has ordered enough to cover 50 million people.

In order to ensure York’s safe escape from restrictions, I will now keep the government up to the mark on rolling out the two vaccines as rapidly as possible, and have already today tabled parliamentary questions to Matt Hancock asking at what stage in the vaccination programme coronavirus restrictions can start to be removed, as the vulnerable are protected.

I welcome the Education Secretary’s announcement that the overwhelming majority of primary schools will reopen as planned on Monday, which should include all York’s primaries, given the vital importance of early years for our children’s future. However, I am disappointed by the extension of the planned staggered return for secondaries and colleges from 11th now until 18th January for all pupils. We cannot afford to create a ‘lost generation’ of pupils, and this two week delay must be properly utilised as indicated to put in place rapid mass testing for pupils and staff, so the 18th reopening can occur across York with absolutely no backsliding.”