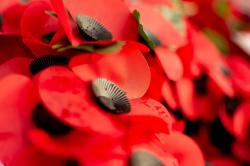 It was a privilege for Julian to attend this year’s York Festival of Remembrance and join together with residents to pay his respects to those who have died while serving in our armed forces. It was also an opportunity to mark the centenary of the Royal British Legion, both nationally and the York branch.

Julian firmly believes that it is so important that we always find the time to pause, reflect and remember those who made the ultimate sacrifice for our country.

He would like to thank the organisers who put so much effort into organising the event, especially with the pandemic creating additional challenges when planning months ahead.