Vote on the Brexit agreement 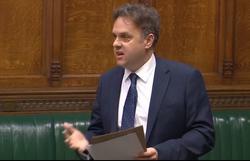 I spoke in the House of Commons last night in the debate on the government’s Brexit agreement.

I believe that, ultimately, the final Brexit settlement has to be a compromise between leave and remain, while fundamentally delivering on the decision of June 2016. Remainers have to accept that the country clearly voted to exit the European Union, having been assured the Government would ​implement the decision of the referendum and, accordingly, that we have to leave. Leavers, like me, have to accept that the vote to leave was not overwhelming, as nearly half of our fellow citizens voted to remain, and the Brexit that is enacted therefore has to reflect their preference for a close partnership with Europe. This attitude of give and take is the foundation and lifeblood of any successful democracy.

Looking at the Government’s deal, there are some merits: providing for an orderly exit with a transitional period, securing the rights of nationals on both sides and pointing the way to a UK-EU free trade agreement. However, like many Members, I have significant concerns about the backstop. I appreciate that this is only meant as an insurance policy, but I fear that it will be in the EU’s interests to push the UK into the backstop, in which we could then be held against our will, with Northern Ireland split off from Great Britain, as there is no mechanism for us to leave without the EU’s consent.

Most importantly, agreeing to the backstop risks placing our country at a significant disadvantage in negotiations on a comprehensive trade agreement with the EU. I very much want a trade agreement with the EU, but we would risk going into those talks with one hand tied behind our back and compelled to agree to almost anything it proposed either to avoid going into the backstop or to escape from it. There is a real risk of an open-ended negotiation while we remain trapped in the backstop or in an extended transition period. The deck will have been stacked in the EU’s favour, making a satisfactory final relationship very difficult. Almost unbearable pressure could be placed on the UK side. A simple example of that has to be the French President’s comments on maintaining current access to UK fishing waters.

Ultimately, I believe that agreeing to the deal represents a leap of faith, and that is why, currently, I could not vote for it. However, having said that, I do not believe that no deal or no Brexit are acceptable alternatives. In delivering a second referendum, we would just continue, and even deepen, the division and uncertainty with what would be an abdication of our responsibility as elected representatives to deliver a workable solution. I also have grave concerns about no deal. I believe it would lead to an economic correction. No one knows to what extent or how severe that correction might be, but there is a lot of crystal ball gazing—a gamble that could cost growth and jobs. I think it is reasonable to ask whether that gamble is worth taking.

I hoped that the Prime Minister would be able to present an agreement to the House after the pause with a formal guarantee and a mechanism that would give us power to leave the backstop. There are amendments that might be able to achieve that, and if that is the case, I will be prepared to change my position, but ultimately, as it stands at the moment, the agreement is unacceptable with the backstop.

This is why I have put my name to the amendment tabled by my Conservative colleague Andrew Murrison MP, requiring that the withdrawal agreement is amended to state that the backstop will expire at the end of 2021. If this amendment is passed, I will feel able to vote in favour of the agreement, but I cannot support it in its current form.