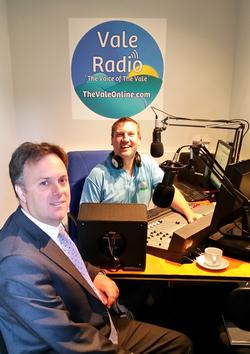 In August 2014 Julian joined the team at Vale Radio for their official launch show live on air.

Vale Radio is a community led radio station based in Haxby, featuring local news and events across the Vale of York, broadcasting across Selby, Thirsk, Linton on Ouse and West into Ryedale.

I am pleased to say that Vale Radio have just received the news that OFCOM have now awarded them with their DAB licence to broadcast across the whole of North Yorkshire, reaching up to 400,000 new listeners.

Commenting on the announcement, Julian said: “It is brilliant news that this community radio will now reach many more listeners. It is a brilliant way of connecting with local residents, sharing local news and events, as well as holding the city council and MPs such as myself to account.”