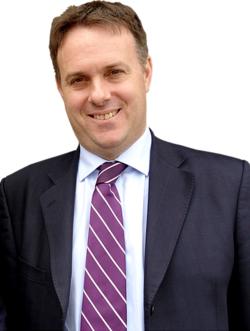 Today Julian welcomed the news that the East Coast Mainline Headquarters will remain in York.

Julian told Minster FM: “I am absolutely delighted that Virgin East Coast Trains have confirmed that the Headquarters will be kept in York. For generations York has been the beating heart of the East Coast Mainline and for me it was absolutely vital that whoever the new operator was for the line, the key factor was that they kept their Headquarters in our city.

This is really good news as is the fact that the operators have confirmed this so quickly as well, just before Christmas, which means that we don’t have a question mark hanging over the future of the Headquarters for months to come, which could have happened. This has been an early Christmas present for all those involved in the Headquarters and I am really pleased we have obtained the result we wanted.”

The news follows the signing of the InterCity East Coast rail franchise contract by the Department for Transport this week. A Stagecoach-Virgin venture will take over responsibility for running the franchise in March 2015, having been awarded an eight-year franchise.

Martin Griffiths, Chief Executive of Stagecoach Group, said: “This is a hugely exciting time for the passengers, businesses and communities who will benefit from rail services on the East Coast route. We also have great plans for the committed team of employees that will be part of Virgin Trains East Coast. York has a great rail heritage and forms a big part of our plans. As well as continuing to be home to the headquarters for the route, will be opening a new National Academy for Rail Professional Education (NARPE) in 2016, with one of the bases in York.”

Around £140m will be invested under the new franchise in delivering an improved service and a more personalised travel experience for customers, on top of a whole new fleet of high quality trains.