Statement on Prime Minister’s referral to Committee on Standards 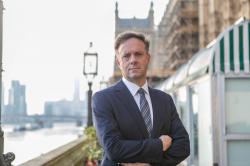 This week the fallout from the ‘Partygate’ scandal continued to mar parliamentary proceedings with questions now being raised about whether the Prime Minister’s actions amount to contempt of the House of Commons. There is sufficient doubt over claims made at the despatch box by the Prime Minister that the Committee on Standards will now investigate.

I welcome this investigation as I believe everyone should regardless of their opinion on the claims levelled against the Prime Minister. If the Prime Minister is confident in his innocence then he should revel the chance to clear his name and have nothing to fear, if he has indeed knowingly misled the House of Commons then this investigation is important to assert Parliament’s sovereignty and show that his actions are unacceptable.

The public rightly expect the highest standards from elected officials. The Nolan Principles of Public Life – selflessness, integrity, objectivity, accountability, openness, honesty, and leadership – apply to all who hold public office, including the Prime Minister. No one is above this and even the Prime Minister must be held accountable for his actions.

I dismiss allegations that the public want to move on from ‘Partygate’ as my inbox makes it clear that it remains very much on the minds of my constituents. They want answers and they deserve them.