Statement on Owen Paterson and Committee on Standards 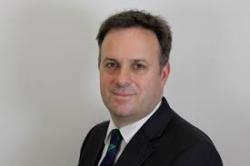 I appreciate that many of my constituents are dissatisfied with the actions of the Government this week in relation to the conduct of Owen Paterson and Committee on Standards. I also accept that many were disappointed to see that I had voted for the now-abandoned amendment put forward by Andrea Leadsom MP.

To begin, I would like to elaborate on my vote by making it clear that I was not motivated by a desire to overrule the Committee on Standards and exonerate Owen Paterson as I feel the report in its current form makes it clear that parliamentary rules had been breached. Instead, I felt that he should have the right to appeal the judgement and the Committee on Standards could then review their initial report to see if additional testimony or evidence affected their recommendations.

If the Committee on Standards had returned from an appeal with the same recommendations then I would not have hesitated to vote for the 30-day suspension of Owen Paterson. When I was first elected in 2010 politicians had just begun the slow process of rebuilding the public’s confidence following the expenses scandal and I take very seriously any action that would undermine this.

While the events of this week are obviously rooted in the actions of Owen Paterson that led to his potential suspension, I cannot avoid being critical of the Government who reassured backbenchers that there was a clear plan for reform yet subsequently turned the matter into a party-line debate.

Reform of the Committee on Standards is needed but I pledge not to support any reforms that do not bring all sides of the House together as we need to build a fair system that not only has the support of MPs but the confidence of the public also.