UPDATED: Statement from Julian on Airstrikes in Syria Against ISIL 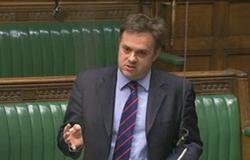 The war in Syria is an incredibly complex conflict due to the number of different forces involved, each with their different aims. The country is effectively split between forces loyal to Assad who are now backed by Russia, rebel groups including the Free Syrian Army, the Al-Qaeda affiliated Al-Nusra Front, the Kurdish forces and ISIL (also known as Da’esh).

Since the conflict began following the Arab Spring in 2011 the number of civilian casualties and displaced people has been tragic. Indeed, the brutality of the violence by government forces (including the use of barrel bombs and chemical weapons) as well as the barbaric sectarian executions and widespread attacks against civilians carried out by ISIL has resulted in today’s refugee crisis.

I think it is right that any plan to engage in military action is properly scrutinised and considered before being decided upon.

I have attended briefings, researched the matter, and listened to my constituents, many of whom have voiced their opinions with me and I considered my position carefully before entering the division lobbies. I listened to arguments from both sides of the House in the debate, and the most powerful and compelling speech by far was made by the Shadow Foreign Secretary Hillary Benn MP in support of military action. In my view it was the strongest and most impassioned speech in yesterday’s debate, and I would encourage anyone to listen to it if they have not already done so.

On Wednesday the Government’s motion was carried by 397 votes to 223, and I voted in favour of military action against Da’esh exclusively. It is vital that there is no potential for mission creep or a wider conflict with Assad’s regime and Russia by proxy, and I made clear that I would only vote in favour of any motion if these restrictions were in place.

My view is that the RAF can meaningfully contribute to the military effort against Da’esh, and I think it is absolutely right that we do not sit idly at this time. Whilst a political settlement is needed to resolve the crisis in Syria, I do not believe we should wait and allow Da’esh to grow in strength beyond our reach to plan attacks against our country.

Many people are rightly concerned about potential civilian casualties as a result of this action. Whilst civilians will always be at risk in a war zone, I firmly believe that our RAF are best positioned to minimize this risk. So far the RAF have flown over 400 sorties over Iraq against Da’esh and there have been no civilian casualties whatsoever.

It must be remembered that these civilians are also at risk of harm by Da’esh. We have already seen mass executions, crucifixions, suicide bombings on peace rallies, gay men being thrown to their deaths from buildings, and people being burned alive. These horrific practices cannot be allowed to continue.

There are some who say that extending air strikes against Da’esh into Syria will increase the risk to our country. I do not accept this argument. These extremists are hell bent on attacking Britain for who we are and the values we stand for, not because we challenge their barbaric practices and threats they pose to our nation.

We have heard that our security services have successfully stopped 7 Da’esh inspired or orchestrated attacks on our country in this year alone. The attacks in Paris, on the beaches of Tunisia, and the downing of the Russian passenger plane from Sharm-el-Sheikh shows the extent of the Da’esh threat. It is not beyond imagination that a similar atrocity could be carried out on these shores.

Concerns have been raised by many constituents and in the Chamber about the ground forces in Syria. I think it is certainly true that the ground troops which are available leave much to be desired, and I think we should work with moderate opposition forces where they exist. But the key point which I think must be made is that this is not a new war. It is an extension of the conflict in which we are already engaged in Iraq across a border which Da’esh do not recognize.

I understand that this is an issue which many people feel strongly about, and I hope this statement clarifies the reasons why I voted in favour of the motion and assures my constituents that I considered my position very carefully.