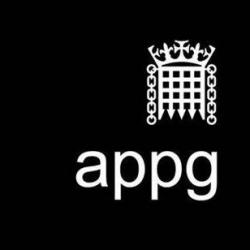 Speaking ahead of the expected publication later this week of the National Food Strategy, Julian as Chair of the influential All-Party Parliamentary Group on Science and Technology in Agriculture in Parliament has set out his hopes that the Strategy will include a central role for agricultural science and innovation.

“A healthier, more sustainable and climate resilient future for Britain’s food system will not be achieved by turning back the clock, as some believe, but by harnessing innovation to optimise the efficiency, productivity and adaptability of primary food production,” said Julian Sturdy MP, chair of the All-Party Parliamentary Group on Science and Technology in Agriculture.

“We certainly cannot afford to be complacent with something as fundamental as food security. The global food supply and demand balance today remains as precarious as 10 years ago when Sir John Beddington’s Foresight report urged governments to pursue a policy of ‘sustainable intensification’ in agriculture to meet future food needs in the context of population growth, climate change and finite natural resources of land, water and fossil fuels.”

“Those challenges have not gone away, in fact they have intensified. Only last week the OECD-FAO Outlook Report 2021-2030 warned that with 8.5 billion mouths to feed by 2030, a business as usual approach will fall short of achieving Sustainable Development Goal 2 on zero hunger by 2030. The OECD-FAO report also highlighted the critical role of public and private sector R&D investments in enhancing productivity on existing farmland, so alleviating pressure to bring more land into production.”

“The UK has good soils, a temperate climate, a highly professional and well-equipped farming sector, and a world-leading research base. We have a moral responsibility to optimise our capacity for sustainable efficient food production, and not to offshore our food system impacts to regions of the world which may be much more vulnerable to the production-limiting effects of climate change.”

Commenting on suggestions in the media that the National Food Strategy was set to recommend a meat tax or other demand-side measures to cut GHG emissions in livestock farming, Mr Sturdy again highlighted the opportunities of scientific innovation to deliver solutions:

“The All-Party Group has received compelling evidence from leading animal scientists and geneticists about the enormous potential to reduce GHG emissions in cattle and sheep simply by driving increased uptake of existing improved stock, as well as promoting genetic selection for feed efficiency and reduced methane output. I am sure the National Food Strategy will recognise that advanced breeding technologies such as genomic selection and gene editing – in which British science is a world leader – offer a more forward-looking approach to reducing GHG emissions in livestock production, rather than imposing blunt and regressive fiscal approaches which will inevitably penalise poorer households and restrict freedom of choice.”

“The weight of scientific evidence points to high productivity, hi-tech farming as the most sustainable way to feed a growing world population sustainably, while at the same time tackling climate change, protecting biodiversity and conserving precious natural resources. I do hope these messages will resonate loud and clear in the National Food Strategy’s recommendations,” said Julian.