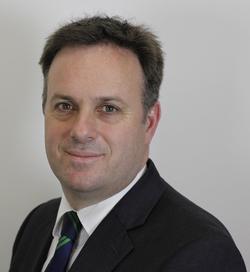 Julian has secured a reduction in water bills for 72 properties in Wigginton after it was discovered that residents have been paying a standing charge to Yorkshire Water for drainage into public sewers where no connections existed.

Julian wrote to Yorkshire Water after being contacted by a constituent who discovered that his property dispersed surface water and rainfall through ‘soakaways’, rather than to the public sewer, but was still paying a standing charge for the service.

According to Yorkshire Water properties which drained surface water into public sewers paid a standing charge of £41.76 for the 2014/2015 financial year.

As a result action taken by Julian, Yorkshire Water carried out inspections of the drainage arrangements on Walmer Carr, Waterings, Butters Close, Corban Way and Butt Hill in Wigginton.

It was discovered that the vast majority of properties investigated were being charged for a service they were not using, costing thousands of pounds to customers. Yorkshire Water have now confirmed that they will be refunding affected households for up to 6 years of charges, depending on when they moved into the property.

Commenting Julian said, “It is right that Yorkshire Water are taking steps to reduce and refund the bills of customers who are paying fees for a service they are not receiving.

“Many residents will be completely unaware about what drainage arrangements they have, and there are unanswered questions about how many people have been overcharged in Wigginton, throughout York Outer, and even perhaps across Yorkshire and the rest of the country.

“Yorkshire Water have told me that they do not hold details of their customers’ drainage arrangements, and that it is the responsibility of customers to contact them if they do not think they are connected to a sewer.

“I would encourage all York residents to check whether their surface water is being drained through soakaways or local watercourses in which case they may be paying excessive charges.”

In addition, Julian is investigating how many properties may be affected in York Outer, and has raised the issue with the Council, the Environment Agency and the Drainage Board.

He is also lobbying DEFRA and Business Ministers to intervene on the side of consumers and is asking water companies to do more to prevent overcharging of this nature.