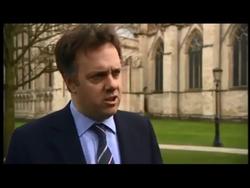 Julian has today outlined his support for the campaign to have Richard III buried in York. Julian also announced that he has written to the Archbishop of York, the Ministry of Justice and the Private Secretary to Her Majesty the Queen, to request that the Yorkist King’s final resting place be considered very carefully.

The campaign has been amassing support since archaeologists in Leicester announced that they believed they had unearthed the remains of King Richard III. However the pivotal moment came just a few days ago when the archaeologists confirmed that it was indeed the body of the former King.

Since then, people from across Yorkshire have come together to voice their opinions in favour of respecting Richard’s wishes and burying the former King of England in the city he cherished. The campaign has also been attracting the support of a number of Yorkshire MPs and Julian was happy to announce he would be working closely with his parliamentary colleagues to do all he could to return the body to its rightful resting place.

On the campaign, Julian said:

“As the last Yorkist King of England and last King to die in battle, Richard III is hugely important to the heritage of our historic city of York. There is plenty of evidence to suggest that King Richard wished to be buried in York and particularly in the Minster. However, the question of respecting his wishes doesn’t even seem to have been considered when the decision was made that he would be interred at Leicester Cathedral.

“The people of York and indeed Yorkshire are extremely grateful for the excellent work carried out by the archaeologists and the University of Leicester. We merely want the options for King Richard’s final resting place to be properly considered and I will do all I can to ensure that they are.”

Or watch Julian arguing for Richard’s return to York: