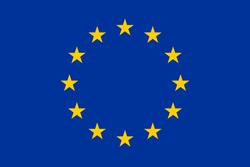 Tomorrow the British people will decide whether we will leave or remain in the European Union. I appreciate that the there is more than one side to this debate, and that there are differing points of view. That being said it is hardly surprising that many people have become frustrated with both the Remain and Leave campaigns, and I must say that I too have been disappointed by some of the sensationalist headlines pushed by both sides.

On 23rd June I will be voting to Leave the European Union as I believe it is in Britain’s best interests. Last week I wrote a column for the York Press outlining the reasons why I will be voting Leave which can be found below.

I would encourage everyone to utilise their democratic right to vote tomorrow and ensure that their voice is heard.

In a week’s time we will be asked to make a momentous decision about our country’s future. I am delighted that it will be the British people, not politicians, who decide whether we should stay in or leave the European Union. The amount of scaremongering from both campaigns has been very disappointing, and it is clear from the many conversations I have had that people are getting frustrated.

The question you must ask yourself is whether you think Britain will be stronger inside or out of the European Union in ten, twenty and even fifty years’ time. On balance I believe that voting to leave is in Britain’s best interests given the EU’s path towards further political, fiscal and military integration – a vote to remain is not a vote for the status quo. The Prime Minister’s renegotiation has shown that, with all the will in the world, the EU is fundamentally unreformable because of its super-state ambitions.

In Britain we are moving towards more local decision making whereas the European Union is looking to centralise further powers. The ‘Five Presidents Report’ (yes, the EU needs five presidents) sets out the EU’s vision and enthusiastically calls for more political integration and stronger powers for Brussels.

Be under no illusion that the EU of today is far from the conclusion of the European Project. At the moment it sits as an awkward semi-formed political compromise; it draws ever more resources from successful countries like Britain to prop up failing states who need bailout after bailout, and where youth unemployment runs at 50%. The EU might not even survive to accomplish its dream of being the United States of Europe that it so desperately wants to be.

If we vote to leave we can regain our ability to deport foreign criminals, we can protect our public services by controlling the number of people coming into Britain from the EU, and we can claw back our annual net contribution of £8.5 billion. We would also be able to become a global trading nation and work more closely with vibrant emerging markets.

We would get to spend our taxes on our own priorities. In York this could mean fairer health funding and more investment in our NHS, better investment in transport infrastructure, and more support for our key industries like agriculture, science and higher education – the choice would be ours.

Notwithstanding these points we would also be free to enact any of the EU laws we agree with. People often forget that Britain leads the way in areas relating to workers’ rights, where our 52 week maternity leave goes well beyond EU requirements.

Ultimately this is a very difficult decision for many people, but this referendum really is a once-in-a-generation opportunity and I would urge everyone to utilise their right to vote. For people who are undecided perhaps look at it another way, would you vote to join the EU now if Britain was not already a member?