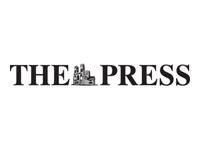 I am writing my column during a period which has become a regular occurrence for York residents over the past few years – Local Plan draft consultation time.

It has been a long road to this point. My mind is cast back to chairing packed out village halls during the consultations under the previous Labour council administration in York, which to my mind had allocated far too much land for development. It had also included proposals to remove 1000 acres of land from the greenbelt and ‘safeguard’ it for future development well beyond the life of the Plan. I heard from residents who were, quite rightly, worried about the impact of unsustainable development on their community, transport network and local schools. I am therefore pleased that the redrafted Plan is a far more balanced offering to York. residents.

Such is the nature of large-scale proposals, concerns will remain about some particular sites but I sense we are in a happier place in the current Local Plan consultation period. However, the council will rightly have to provide assurance to points raised during this consultation before final submission.

I recently hosted a public meeting for Elvington and Wheldrake residents where important developments are proposed. I heard some genuine concern about the impact of these on the villages, particularly with regard to the transport network, on school numbers and the importance of ensuring the right sites are included for development; issues on which I have great sympathy. I will be voicing these concerns when I submit my comments.

There has been a renewed debate lately about whether the Government should relax protections for the greenbelt. I have always felt the question on where to build and how many to be an intensely local issue and one which changes from area to area. I have found that residents will accept development but not without sufficient explanation of the benefits and assurance that the necessary infrastructure will be provided. Making grand proposals for large-scale housing developments without the necessary community infrastructure is foolhardy and only causes deeper and more complex issues in the future.

We must take firm action to address our housing shortage, but this should not involve running roughshod over village communities. This is the central reason why I take such an interest in large-scale planning matters – because striking the right balance is so important for existing communities as well as the people who will occupy future developments.

I hosted another drop-in session on Saturday 21st October at Strensall Village Hall with local councillors Paul Doughty and Helen Douglas. The headline proposal for the area is the redevelopment of Queen Elizabeth Barracks. The proposal to redevelop the Barracks for housing will supply 578 dwellings on an important strategic site nearby to the city.

To my mind, the Barracks proposals is a classic example of the point I have made above about local planning. I shared the disappointment that this site, alongside Imphal Barracks, were scheduled to close given York’s proud history as a garrison town. However, if the Council can offer a workable plan to redevelop the site with good quality local facilities and necessary infrastructure, then I am confident it can be a useful contribution to our future housing need. It is easy for some to oppose these key strategic sites on principle, but they are exactly the type of largescale sites which can support our housing need without requiring so much encroachment on village communities and greenbelt land.

We are approaching the finishing line for the Local Plan consultation period, with final submission scheduled for early next year. It will be the end of a lengthy process but will provide some key benefits including granting permanency to the greenbelt and certainty over where strategic housing development will be allocated. It will also bring us a step closer to delivering sustainable housing in a city where many struggle to gain a foot on the housing ladder.

Extensive community engagement is the best way of ensuring development is grounded and reasonable, so I encourage all residents to make their views known during this consultation period before 30 October, and ahead of final submission.