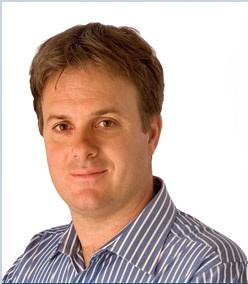 Back pain is a common medical condition, which affects most people at some point during their lifetime. I myself suffer from back pain, a common complaint amongst farmers (some might say one of many complaints from farmers) and receive treatment from a chiropractor to manage the condition. The Prime Minister has also been suffering with back pain over the summer and has considered the use of spinal injections to help him cope with the pain.

Whilst such pain relief is often available on the National Health Service, a postcode lottery has prevented many people in York and North Yorkshire from accessing the treatment free of charge. Despite a wide ranging and courageous set of reforms from the Government, residents in our area are still disadvantaged by the current formula used by NHS England when distributing health funding to different regions.

The funding formula fails to take account of our aging population, the rural nature of the region, and the impact this has on the cost of delivering services throughout York and North Yorkshire. As a result of changes under the previous Government, funding is currently weighted towards deprivation at the expense of age. Despite the region having one of the highest proportions of over eighty-five year olds, the funding rate per head is lower in North Yorkshire than anywhere else in the North of England.

This distortion within the funding formula has resulted in some areas being awash with money, leading to well-publicised vanity projects, such as Hull’s 72-foot ocean-going yacht with the cool price tag of £500,000. At the same time, health services in York and North Yorkshire have consistently struggled to balance the books, which has necessitated several difficult decisions about health care provision.

As a result of this unfair funding formula, the York and North Yorkshire Primary Care Trust, which was replaced in our area by the Vale of York Clinical Commissioning Group in April, left in its wake a debt of £7million. With this inheritance, the Vale of York CCG effectively began life with one arm tied behind its back. Consequently, people in York continue to spend approximately £200 per pain relief injection, while those living in other parts of the country may well receive the same treatment free of charge on the NHS.

In light of the unfairness of the current formula, there is growing acceptance within Government that the funding formula has to change and now is our time to strike out for fairer healthcare provision in our area. I have persistently raised the issue in Parliament for some time now along with Hugh Bailey (York Central) and other North Yorkshire MPs. We have met with Jeremy Hunt, the Secretary of State for Health, alongside other health ministers to discuss the issue, and will continue to make a strong case for reform over the coming months.

Moving on to a more positive story, having hosted a public meeting on bus services in Haxby this summer, I was delighted to secure a pledge from First Bus Group that their current services would be reviewed. A new 13A service will see the return of half hourly access to the city centre for Haxby and Wigginton residents. Full details of the changes can be found on First’s website. Whilst I welcome this improvement, more still needs to be done. I will continue to monitor York’s bus services and I always appreciate feedback from constituents on the matter.