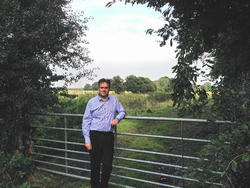 Earlier this week, Councillors and Officers sat down to discuss the 16,000 submissions the City of York Council received during their eight week consultation on the draft Local Plan. This incredible figure includes written comments from around 5,000 respondents.

The dominant themes emerging from the consultation were the concerns at the overall level of development, loss of greenbelt land and the strain that will be placed on our infrastructure. Fears were also raised about the size, number and location of sites accommodating Travellers and Showpeople, as well as worries over the ‘Areas of Search’ for renewable energy, which could result in over forty wind farms encircling the city.

The sheer volume of responses is hardly surprising, as a staggering 22,000 new homes are being proposed over the next 15 years and which will require the removal of 2,400 acres of York’s greenbelt. The scale of public outcry will present fundamental challenges to the Council and I sincerely hope they will listen to the people who elected them and radically alter their plans to turn York into a sprawling West Yorkshire suburb of Leeds.

However, public protest is not the only challenge facing the Council’s Local Plan. Last month, I voiced my concerns in front of the Planning Minister, Nick Boles, in Parliament. Crucially, in his response, the Minister made it clear that housing targets must be based on local needs and not because the local authority is “ambitious” or “going for growth”. While the Council may have ambitions to create 1000 jobs per year and aspirations to house this new workforce in York, the Minister has been clear that this is immaterial for the purposes of producing a sound Local Plan.

Moreover, the Minister went on the say that there is nothing “in any aspect of Government planning policy that requires someone to plan beyond 15 years.” Meanwhile, the Council has taken it upon itself to take over 1,000 acres out of our greenbelt in order for it to be safeguarded for future development after 2030. Despite Council officials justifying this as a legal requirement, it appears they’ve got the wrong end of the stick. I have now written to the Council’s Planning Chiefs to urge them to listen very carefully what the Minister has said and to act accordingly.

The Council’s planning policies have been a particular source of frustration for residents in Osbaldwick, as, in its infinite wisdom, the Council has recently granted permission to its own planning application to extend the Travellers Site in the village. Local residents have been complaining about squalid conditions and antisocial behaviour for years and to my mind, the site should not be expanded until the Council have proven that they can properly manage it and keep it clean and safe. Their failure to do this over the years has impacted greatly on the quality of life for neighbouring residents, local business owners and some existing Travellers on the site and as a result, I’ve written to the Secretary of State to ask him to hold a public enquiry on this decision.

One activity which sadly emanates from the Travellers Site in Osbaldwick and blights many other communities surrounding York is the illegal tethering and flygrazing of horses. This abhorrent practice can be hugely detrimental to the animal’s welfare and can pose a danger to nearby road users. Unfortunately, the problem is not confined to York alone, but occurs across the country. However, the Welsh Assembly have taken the lead in attempting to get to grips with the problem by tightening up existing legislation. I am determined to ensure that the rest of the United Kingdom follows suit and as such, I have been pushing for a Parliamentary debate on the issue in order to secure the necessary legislative changes to save these abandoned horses from a lifetime of neglect.