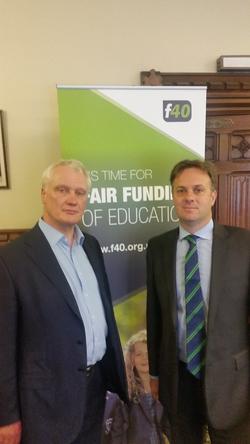 Today in Parliament Julian will be calling for York’s schools to receive fairer funding from the Government.

York’s schools have historically suffered from lower levels of funding than other areas, notably those in London and larger cities across the country. Having campaigned on this issue throughout the previous Parliament, the Government announced £390 million of additional funding for the least fairly funded areas.

Unfortunately, due to the way in which the additional funding has been allocated, York still has not received its fair share of funding and so Julian is once again campaigning to achieve a better deal for our local area.

Speaking in Westminster, Julian said “It is simply not acceptable that York has the seventh worst funded schools in the country, with schools receiving £500 less per pupil than those in Hull, and less than half the funding of some schools in the City of London.

“Please sign my petition below calling for a national funding formula, which will provider fairer and more equal funds to children across the country.”

To pledge your support please download, print and sign the petition by clicking the link below and then return it to the freepost address provided. Please include a minimum of at least two signatures before returning a sheet. Strict Parliamentary protocol requires actual signatures on the petition before it will be heard, which is why we cannot set it up online instead.