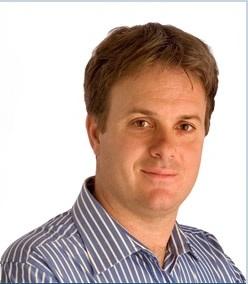 As another year draws to a close and with Christmas upon us, I wanted to take this opportunity to update you on what has been a busy year, both locally and in Westminster.

Over the past nine months, many of you have been in touch regarding your concerns over the Council’s draft Local Plan.  The proposal include the building of 16,000 new homes on our greenbelt, as well as 80 Traveller pitches in rural communities like Dunnington and Huntington, and up to 40 wind farms on the outskirts of our city. Thank you to all those who attended the packed out public meetings I held across the constituency. 2014 will undoubtedly be the most critical year for York’s emerging local plan. With that in mind, I will continue to stand up for local communities across the constituency who, like me, want a sensible and sustainable local plan that will not harm the identity of our great cathedral city.

In Westminster, I have been continuing to push for a better deal for our area. The Government’s economic plan appears to be working and we are now firmly on the road to recovery with the fastest growing among any major advanced economy in the world. The local economy is also doing well with unemployment in my constituency falling by 46% since the General Election. However, there are still barriers we need to break through in order to make further progress. Superfast broadband access is one of the important ways in which we can boost local economic growth and I have enjoyed being involved in the roll out and seeing so many smaller communities around York benefitting. There is still a long way to go though, as some of our most rural communities have so far been left behind and I have been urging the Government to release more funding to help bridge the growing digital divide.

World events always move quickly. This year has also seen the passing of two great world leaders; Margret Thatcher and Nelson Mandela. Both their legacies can be debated but it is beyond doubt that they have inspired millions of people with their love of freedom. The EU Referendum Bill has now passed through the Commons and I am proud to support a referendum for the British people in 2017. It is high time we have a say on the matter. Finally, the country’s response to the disaster in the Philippines has demonstrated the generosity of spirit we as a nation possess. My thoughts are with those families whose lives have been turned upside down by this horrific event.

Thank you to all of you who have taken the time to contact me this year. If you have any concerns you would like to bring to my attention, please do not hesitate to get in touch.

I wish you all a very Merry Christmas and a Happy New Year.