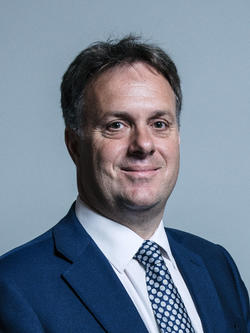 As we approach the end of 2018, I would like to wish all residents of York Outer a very Merry Christmas, and a Happy New Year.

This year we marked two major anniversaries of events that have shaped modern Britain, the centenary of the end of the First World War in 1918, and the 70th anniversary of the creation of the NHS in 1948.

However, I know that for many the highlight of the year will have been the phenomenal performance by the England football team in the World Cup. On a more sombre note, 2018 also saw the deadly use of a chemical weapon on British soil by agents of the Russian state in March, to which I was glad to see our government lead a robust international response.

Given the challenges of the Brexit process, it has been a fairly turbulent year in Westminster, and big decisions are looming when the government puts its Brexit agreement to Parliament in January. I share some of the concerns that have been expressed about the deal, particularly on the issue of the ‘backstop’ temporary customs arrangement with the EU. I would like the Prime Minister to be able to present a revised deal to Parliament, and will be watching to see what she can achieve along these lines before I decide how to vote. I think it is vital to agree a reasonable settlement that protects our economy, unites the country, and upholds the 2016 referendum result.

This year I have continued in my role on Parliament’s Environment Food, and Rural Affairs Select Committee, which scrutinises government activity in areas vital for York and North Yorkshire like flooding, farming, animal welfare and the countryside. I led 56 MPs in lobbying the government to improve 4G mobile coverage in rural areas, and organised a parliamentary debate in February on introducing an agriculture GCSE to widen youth career opportunities. I was delighted to see the government to respond to calls from me and others to lower the bowel cancer screening age, which I raised at Prime Minister’s Questions in May.

I have also continued to work for our city on a wide range of important local issues, holding regular surgeries, and lobbying City of York Council, York NHS and government ministers on a variety of subjects raised by constituents. I have worked alongside local councillors on campaigns to improve broadband and secure new investment in York’s outer ring road, and have continued to bang the drum for our schools and local health service.

I would also like to pay tribute to those in the emergency services and armed forces who will be foregoing normal Christmas celebrations to keep us all safe and healthy over the festive period.

Please do get in touch at julian.sturdy.mp@parliament.uk if you have any concerns or I can be of assistance. Once again, I send you and your loved ones my very warmest wishes for Christmas and the New Year.