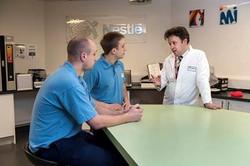 Julian has today welcomed new figures showing a 74% drop in the number of people claiming out of work benefits in York Outer, compared to 2010.

According to the Office for National Statistics, the number of people claiming Job Seekers Allowance and Universal Credit in York Outer has fallen from over a thousand in 2010 to less than 300. Across Yorkshire and the Humber there are now over 120,000 more people in work than there were five years ago, and 80% of the new jobs currently being created are in full-time employment.

Welcoming the news, Julian said “I am delighted that the figures show that unemployment continues to fall both here in York and across Yorkshire. The majority of jobs are now being created outside of London and the South East, which is necessary if we are to rebalance our economy and end the historic North-South divide”.

“We should celebrate the news that last year Yorkshire alone created more jobs than the whole of France combined. However, we must continue to do all we can to ensure that our economy remains the most successful in Europe if we are to achieve our goal of full employment in the next five years”.