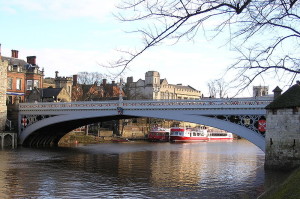 Julian has welcomed the reopening of Lendal Bridge in York to cars saying:

“I’m delighted to see the Council has u-turned on this disastrous policy. This is a major victory for common sense and I’m looking forward to easier access through the City Centre and less congestion in other areas of York as a result.

“It remains to be seen what will happen to the several million pounds worth of disputed fines. I’m aware that the Council is appealing the adjudicator’s judgement, but I fear this will only serve to prolong the severe embarrassment they’re already experiencing. I call on the Council to have the humility to repay the fines and bring about an end to this fiasco.

“I must praise the decisive action of Councillor Chris Steward and his colleagues who have been leading the opposition to this ill-thought through policy and holding its makers to account.”