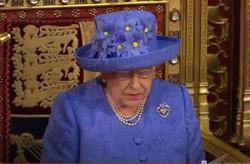 Julian has welcomed today’s Queen’s Speech, which includes measures on fairer funding for schools, improvements to mental health services, and making a success of the UK’s exit from the European Union.

Julian has campaigned for several years for changes to the national schools funding formula for England, in order to end the long-standing disadvantages faced by York schools, which are currently some of the worst-funded in England. The government has committed to deliver on its manifesto commitment to make funding fairer, following an earlier consultation on a new National Funding Formula.

There were also commitments to improve technical education, so more young people are able to take up skilled jobs when they leave school. The government plan to create new Institutes of Technology in every major city to deliver high-level technical education, and introduce new ‘T-level’ qualifications to provide more opportunities for a rigorous education in this area.

Mental health legislation will also be reformed, and this essential area will be given greater priority within the NHS. The government will work towards the first new Mental Health Act for 34 years, and will act to make sure mental health needs receive the same attention as physical needs from NHS services.

A range of bills are planned to make sure the country can undertake a prosperous and successful exit from the EU. The Repeal Bill will transfer all current EU laws into UK law, thereby ensuring certainty and continuity for all, while bills for immigration and agriculture will allow the UK to come up with its own unique polices in these areas. The Trade Bill will allow Britain to seize the commercial opportunities offered by Brexit, giving the UK the freedom to operate a fully independent trade policy for the first time in over 40 years.

Welcoming the proposals, Julian said “I am pleased to see the government’s commitment to fairer schools funding, which is essential for York. I will work to make sure this is delivered as soon as possible.

“The planned overhaul of mental health is very welcome, and should make a huge difference for some of the most vulnerable people in society. I have previously lobbied for a review of Child and Adolescent Mental Health Services (CAMHS) and I will push for this to be looked at as part of these plans having already been given assurances by the Prime Minister.

“I am glad to see Ministers are laying the groundwork for a successful Brexit, and I will scrutinise the bills proposed on this to ensure the interests of York are protected and advanced. I am very clear that Brexit must not be allowed to disadvantage York’s universities and research capacity, and will be looking closely at any legislation regarding this. I will also be using my professional experience as a farmer to examine the proposed Agriculture Bill for when these powers come back from the EU, to ensure fair new arrangements for UK consumers and producers.”