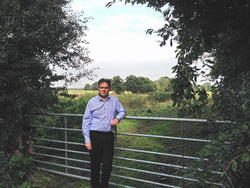 Julian has welcomed yesterday’s launch of the government’s new 25 Year Environment Plan by the Prime Minister, including important measures to tackle the problem of plastic waste.

These include a target to achieve zero avoidable plastic waste by 2042, and the extension of the successful 5p plastic bag charge to customers at small shops. The government will also work with retailers to roll out plastic-free supermarket aisles.

More broadly, the Plan outlines a long-term strategic blueprint for preserving and improving our natural environment over the next-quarter century. The document sets out government proposals to protect and enhance air, water, soil, landscapes and woodland, create new habitats for wildlife, and protect endangered species around the world.

Commenting after Theresa May’s speech, Julian said “I am glad to see the government has come forward with such a comprehensive plan for safeguarding our environment, delivering on a key manifesto commitment during the 2017 election. It is reassuring that Ministers are thinking long-term in this vital area, and I will be carefully monitoring progress on this agenda as a member of Parliament’s Environment Select Committee.

I am particularly happy with these new measures to tackle the scourge of plastic waste, which clogs up both the streets of York and the world’s oceans. My very first action as an elected politician was to propose a motion pushing for more plastic recycling just after my election to Harrogate Borough Council back in 2002, and I am therefore very pleased that the government is taking such big steps on this issue.

However, on the essential matter of recycling drinks containers like plastic bottles, Ministers have so far only carried out a call for evidence on a ‘return and reward’ scheme. A deposit return scheme is vital to comprehensively reduce plastic pollution, and I will be pressing the government to proceed with this as soon as possible. The BBC’s amazing ‘Blue Planet’ programme has shown us all the irreplaceable marine life that suffers so much from our plastic waste, and I am clear the government has to press on with this as rapidly and firmly as possible.”