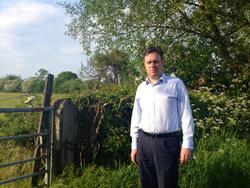 The campaign to protect York’s greenbelt received a major boost as the Chancellor of the Exchequer announced further reforms to the planning rules that will force local authorities to focus house building on former industrial land.

Speaking at the official residence of the Lord Mayor of London, George Osborne used the annual Mansion House speech to address concerns that some councils are inappropriately designating large areas of greenbelt land for development. The changes will compel local authorities to apply Local Development Orders to 90% of brownfield sites suitable for housing development. The reforms will allow developers to get building sooner, and a £5 million fund will be created to help councils create the first 100 sites to meet demand for new homes.

Julian has welcomed the news. “I have been urging the Government to do more to protect our valuable greenbelt land and am delighted that York Council will now be forced to look again at our key brownfield land, like the York Central and British Sugar sites and allow more housing development to take place.

“I feel the Council’s current draft of the Local Plan overlooks the great potential of brownfield sites by allocating sizable portions of them for business and employment development. This has the effect of forcing more housing onto the greenbelt, so that 85% of all the land allocated for housing in York in the Local Plan is currently in the greenbelt. One of the key purposes of the greenbelt is promoting and encouraging urban regeneration. So the Council’s supposed desire to protect the greenbelt is, in reality, rather self-defeating.

“I have written to planning chiefs at the Council to urge them to review their brownfield development allocations. I fear that in its current form, the draft Local Plan will not only result in horrendous traffic problems for residents living near the outer ring road, it will also deprive future generations the green spaces surrounding our beautiful city.”