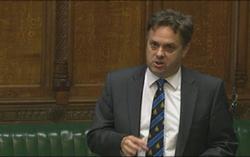 Rail journeys between London and York will be transformed by more services, new trains and more seats after the government announced its intention to award the new East Coast franchise to Inter City Railways, a joint venture of Stagecoach and Virgin.

The new deal will include a host of extra benefits for passengers in York. Three trains an hour will operate between London and York from May 2019, with an extra train every two hours brought in from May 2020. Journey times York to London will also improve with the fastest journey time from being reduced to just 1 hour 47 minutes. York station will also receive a new open plan customer zone with additional ticket machines, helping passengers to find information and purchase tickets more easily.

Over the eight-year franchise Inter City Railways will also invest £140 million to bring extra benefits for passengers across the East Coast, including complete refurbishment of the existing train fleet, better wi-fi connections and onboard catering facilities. From 2018, York station will receive the new Intercity Express trains, assembled at Hitachi’s factory in County Durham.

Speaking from his constituency office in York, Julian said “It is fantastic news that York residents will benefit from new trains, station improvements and faster and more frequent services to London and Scotland. I am also delighted that there are plans for expansion with many new jobs set to be created. The city has been selected to host the National Academy for Rail Professional Education, which will see major investment in apprenticeships and staff training.

“I am however deeply concerned about the growing uncertainty surrounding the city’s continued status as the Headquarters of the East Coast Mainline. York has been at the very centre of the British railway industry since the Victorian era and a dedicated headquarters has existed in York for as long as I can remember. It simply does not make sense for York to lose this historic asset and as I am due to meet the Rail Minister to discuss my plans for a new station at Haxby, I will be raising this issue as a matter of urgency. Some of the best rail expertise in the world is located here in York and it is absolutely essential that it remains here for the future.”