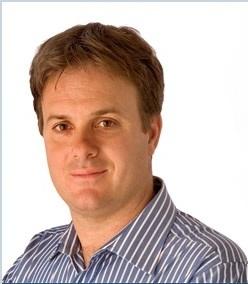 Julian Sturdy has welcomed the Chancellor’s Autumn Statement today, with the British economy set to grow faster than any other major advanced economy.

Economic growth this year is double the economic forecasts, with 2.4 per cent growth predicted for next year. This good news follows the revelation that under the previous government, the British economy contracted by 7.2 per cent, the equivalent of £3,000 for every household, wiping £112 billion off the economy.

Julian responded to the Statement by saying:

“I am delighted that unemployment has fallen across York by around 40 per cent since 2010. Yorkshire is the strongest performing region outside of London and York is leading the way in terms of competiveness and job creation. Crucially, youth unemployment is also falling across York by around 44 per cent, since 2010 and will be further helped by the Government’s latest initiative to scrap employer national contributions for young people under the age of 21.”

The Autumn Statement also specified additional money for the roll out of superfast broadband to rural communities. A competitive fund will be established in 2014 to market test innovative solutions in order to extend coverage to areas that have not benefited from the roll out so far.

“With the Government’s intention to extend superfast broadband to 95 per cent of all homes by 2017, I will continue to lobby for the roll out to be extended to the communities in my constituency who currently do not benefit from this vital service.

“Against the backdrop of a recovering economy, I also welcome the announcements that fuel bills will be cut by £50, business rates increases will be capped at inflation, small business rate relief will be extended for another year, and tax avoidance measures will raise over £9 billion. It is also encouraging that motorists have also been protected with the cancellation of next year’s fuel duty increase, meaning drivers will save on average £11 every time they refuel. It must be remembered however, that tough decisions remain in order to put the economy back on track and I will continue to work hard to secure the best possible deal for my constituents.”