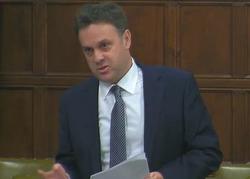 Yesterday, Julian spoke up for local residents affected by the planned closure of Strensall Barracks in a debate in Westminster Hall in Parliament.

Under plans announced in November, the Ministry of Defence intends to dispose of Queen Elizabeth Barracks and Towthorpe Lines at Strensall in 2021, and Imphal Barracks at Fulford Road in 2031. Julian has been in contact with the MOD on behalf of local residents from the time of the announcement, and met with the Minister responsible for the changes, Mark Lancaster MP, at the MOD in London last month to raise concerns over jobs and the future development of these sites, and to press the government to engage closely with affected communities.

In the debate, Julian spoke of the disappointment many York residents feel at these changes in light of the long and proud history of the York Garrison. He also emphasised the importance of the MOD doing the right thing by its local civilian employees, saying “my personal view….is that the MOD has an obligation to offer people new or alternative roles wherever possible, and as many….will have strong links and family ties with the City of York, the retention of some kind of military presence in York is something I and many residents believe is essential.”

Julian also emphasised that the widest impact on York will be from the implications the development of these sites have for housing and local infrastructure. He pointed out that the announcement of these disposals in November has put back City of York Council’s Local Plan for housing by six months, to allow for a full technical consultation so that these sites can form part of an accurate Plan that includes all available brownfield land.

Given the likelihood this land will be used for residential housing, Julian stressed the significance of the change this could represent for a small community like Strensall, and that “it is vital this is carefully managed, through early and comprehensive engagement with local residents” especially in light of the established place of the barracks in the local area.

Julian also made clear he would like to see a local working group set up to bring together local residents and the MOD to ensure there is sufficient community engagement as the future of these sites is decided.

Following the debate, Julian said “I trust that the government will engage sensitively and constructively with City of York Council and local residents throughout this process, and will provide the fullest possible redeployment opportunities for civilian employees, and options for retaining an MOD presence in our city. It is vitally important that a local working group is established including local residents, City of York Council and MOD officials to ensure there is serious local engagement and consultation on the future development of these sites, and the implications this has for local housing and infrastructure. I will continue to monitor this process and remain in close contact with the MoD and local community moving forward.”