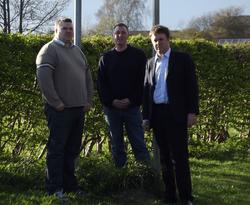 Julian has been leading calls for the City of York Council to offer a partial Council Tax rebate to residents on Boroughbridge Road, who suffered months of severe disruption during the excessively delayed Poppleton Bar roadworks.

Several local residents have been in touch with Julian in recent weeks to raise concerns over their loss of sleep during night-time working, as well as host of other calamities, including footpaths being dug up, gardens being filled with dust and fumes and driveways being blocked by works vehicles, causing some to feel that they were prisoners in their own homes.

The local authority had offered hotel accommodation to some of the residents, however many felt that this was impractical, particularly for those with pets. Several of the residents in communication with Julian are also in formal complaints proceedings with the Council and have expressed their desire to refer the matter to the Ombudsman if a satisfactory resolution cannot be found.

In response to the escalating tension between the authority and the residents, Julian has written with the local ward councillors to the Council’s Chief Executive, Kersten England, to appeal to her to reconsider a partial Council Tax rebate as “a means of moving things forward in a way that would be equitable, in many ways a low cost option and would be a welcome signal to residents that they are being listened to.”

The joint letter was heavily critical of the Council’s handling of the situation, with Julian and the local councillors writing “we acknowledge that major roadworks have to happen and will often have an adverse impact on those living nearby, however the disruption caused to many residents has simply been unacceptable. The roadworks have gone on for far longer than they should have, information has been poor, the workings hours have been too long and the noise has been absurd at intrusively late hours.”

Reflecting on the matter, Julian said: “I’ve been extremely disappointed to hear from constituents how these hugely disruptive works have literally turned their lives upside down for months on end. I think there is some acknowledgement within the Council that they could have handled this situation a lot better and I’m pleased to hear from the Chief Executive that her colleagues within the authority’s Income Team will give our request some serious consideration.”