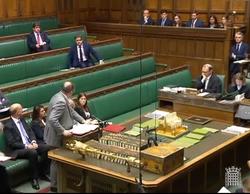 Julian is set to meet with Michael Ellis, the new Minister of State at the Department for Transport to discuss the progress of City of York Council’s funding bid to dual the A1237 ring-road. The scheme was identified last autumn by the Department for Transport as one of the first in the country to be developed through the Major Road Network fund. Council officials had been expecting to receive a formal confirmation of the funding earlier this year, but this has been subject to several delays.

Commenting on the scheme Julian said:

“I was grateful to the new Roads Minister for his offer of a meeting from the despatch box today. It is important that both the Department for Transport and the new council administration in York remains fully committed to this long-promised project and I will be having discussions with both to make sure that this is the case. Once completed the scheme will dramatically reduce congestion on the A1237, resulting in quicker journey times and productivity gains for local businesses.

In my meeting I hope the Minister can provide me with a firm timetable on when we can expect a funding announcement so that local residents are reassured that the plans are definitely going ahead.”