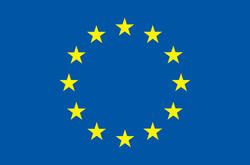 Julian Sturdy announced on a local radio station, Minster FM, that he will be supporting the EU Referendum Bill.

Julian said “Back in 1975, when I was four years old, we voted to be part of a Common Market. The European Union today has morphed out of all recognition. I believe the British people must be given a chance to have their say”.

The York Outer MP made it clear that it was vital to have a national debate about our wider relationship with Europe before a referendum in 2017.