Julian supports 0.7% aid target in effort to vaccinate the world 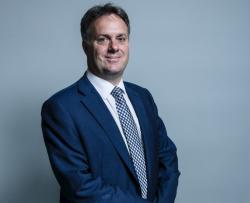 While the amendment ultimately was not selected by the Speaker of the House of Commons due to advice from his clerks, Julian was a supporter of efforts led by Andrew Mitchell MP, a former Secretary of State for International Development under the 2010-2015 coalition government, to return spending on aid to 0.7% of our GDP.

The UK became the first G7 nation to enshrine into law our commitment to UN development spending goal, having first met the 0.7% target in 2013 alongside five other countries worldwide. Within the Private Members Bill that introduced the 0.7% target, a section is dedicated to what happens if the target is not met. If the Government wish to lower the aid budget, a statement must be made before Parliament “explain why the 0.7% target has not been met in the report year and, if relevant, refer to the effect of one or more of the following— (a) economic circumstances and, in particular, any substantial change in gross national income; (b) fiscal circumstances and, in particular, the likely impact of meeting the target on taxation, public spending and public borrowing; (c) circumstances arising outside the United Kingdom.”

While the events of the last year certainly satisfy the qualifying circumstances, Julian believes it may be short sighted to cut the aid bill temporarily as it will only require greater expenditure in later years. Speaking after Tuesday’s non-binding emergency debate on the issue, Julian commented:

“The Prime Minister has rightly announced his intention to pursue efforts to vaccinate the world by the end of next year but to achieve this he is going to have to deliver funds to back up his ambition.

Already from within the aid budget, our contribution to the COVAX AMC is amongst the largest, and will support COVID-19 vaccines for up to 92 developing countries by contributing to the supply of 1.3 billion doses in 2021 but more still has to be done.

Despite our phenomenal vaccine rollout, health advisors live in fear of new variants and use the threat of the unknown to cast doubt on easing lockdown as well as to limit foreign travel for holidaymakers. To put an end to such negative forecasts once and for all, we need to speed up worldwide vaccinations to avoid new variants taking a foothold and spreading across borders. While £4.3 billion may seem a lot of money, I can guarantee that the cost of additional lockdowns or long-term restrictions on travel will be far more costly.

I spoke to the Chancellor of the Exchequer, Rishi Sunak MP, ahead of the potential vote this week and lobbied for the full aid budget to be restored and for all funds to be pledged to helping speed up vaccinations in the developing world. While our efforts have not been successful at this stage, the Government must be wary that there are a significant number of backbench Conservative MPs lobbying for change and I am confident this issue will be revisited very soon.