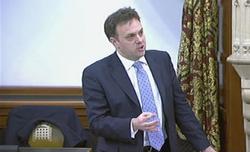 This week in Parliament, Julian spoke in an adjournment debate on NHS Funding for York and North Yorkshire. The debate was secured after Julian Sturdy and Hugh Bayley, the member for York Central, met the Health Overview and Scrutiny Committee of the City of York Council to discuss the perilous funding settlement received by the Vale of York Clinical Commissioning Group (CCG).

The Vale of York CCG receives a low level of funding compared to the demographic it is representing and this is due to the NHS funding formula centring around deprivation, and not taking into account the rural nature of the county, and most importantly age.

“It costs approximately eight times more on average for the NHS to care for a patient who is over the age of 85 than one who is in their 40s. York and North Yorkshire has one of the highest populations of over-85s in the North, and my constituents are really suffering under the current formula.”

Julian also went on to discuss the disparity that this Funding Formula is causing up and down the country:

“Under the previous Government the funding formula was changed with deprivation being given more weighting in the formula. On paper, ensuring that deprivation is the most important factor, seems, morally, the right thing to do. However, I believe that when that reasoning is put into practice it starts to fall down. The distortion within the funding formula has resulted in some areas being awash with money, leading to well-publicised vanity health care projects, whilst at the same time, York and North Yorkshire have consistently struggled to balance the books, which has resulted in their continuing to take difficult decisions about health care provision.”

The Minister for the debate, Dr Dan Poulter, sympathised with the situation the Vale of York CCG is in and stated:

“I will of course continue to press NHS England and raise concerns, as we have with representatives from the area, about the funding challenges being faced in north Yorkshire. It is also important to be aware that, because of how the new system works, with a mandate that sets clear priorities, NHS England recognises the need for a review of the funding formula for not only north Yorkshire, but nationally.

“I agree with the remarks of my hon. Friend the Member for York Outer (Julian Sturdy) and the hon. Member for York Central about ensuring that funding goes to areas of greatest health care need. NHS England will obviously want to take account of rurality, age, the needs of older people and the complexity of care when it reviews the funding formula.”

The debate concluded with the Minster promising a further meeting over the matter, to which Julian responded:

“This is yet another step on the road to securing improvements in healthcare in York and North Yorkshire through reform of the funding formula. I am extremely pleased that the Minister has agreed for a further meeting and I look forward to further discussing the matter with him.”