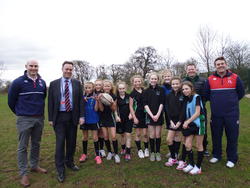 In February Julian visited Joseph Rowntree School to learn more about the school’s partnership with the Rugby Football Union’s All Schools programme.

The All Schools programme achieved its aim of introducing 400 state secondary schools to rugby in time for the 2015 World Cup. After England successfully hosted the tournament, the RFU is intending to promote rugby even further by expanding the programme to 750 schools by 2019.

Julian was pleased to meet with students, teachers and RFU Community Rugby Coach Tom Gilchrist. Hearing that a number of Joseph Rowntree School’s Year 11s have achieved refereeing qualifications even though the school only joined the programme last September, Julian was encouraged that students were making the most of wider opportunities to involve themselves in the sport.

The school has also received a batch of Canterbury rugby shirts, featuring a design created by Joseph Rowntree students. The modern and distinctive design incorporates both the school’s logo and traditional colours.

Julian remarked that “it is undeniable that England hosted a resoundingly successful World Cup last year but talk of building legacies can often seem abstract and insubstantial. However, programmes like this show exactly what promoting rugby should look like. I have been meeting with young people who perhaps never would have played the sport without this very direct effort to push rugby in state schools. Watching some of the drills and matches today, I am very impressed by the enthusiasm and energy amongst the students here. This is the tangible evidence of a legacy worth building”.

The RFU’s All Schools program 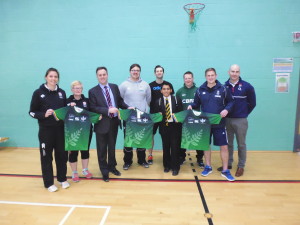 me identifies local clusters of schools that are new to rugby and supports them over three year by providing a tailored programme which establishes links with local rugby clubs. The programme has been running for four years and last season 130,000 students took part, one-third of whom were female.