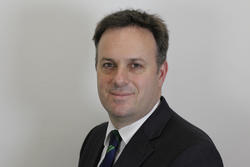 Julian is urgently seeking clarification and assurances from the government on its plans, announced on Monday, to close Ministry of Defence sites at Strensall and Fulford Road, York.

To fulfil the government’s aim of ensuring the United Kingdom has the strong, effective armed forces that are necessary in a dangerous world, Ministers have decided they need to rationalise and improve the vast defence estate of sites managed by the Ministry of Defence. This currently costs £2.5 billion per year in upkeep, 40% of its buildings are over 50 years old, and the system as a whole needs to be overhauled so that it can effectively support the modern needs of UK servicemen and women. Ministers are concerned that currently too many resources are being directed to maintaining old buildings and land rather than investing in personnel and new equipment.

As part of this process, on Monday Defence Secretary Michael Fallon announced plans to dispose of 56 sites currently owned by the MoD, including Queen Elizabeth Barracks and Towthorpe Lines at Strensall, and Imphal Barracks at Fulford Road. The Strensall sites are scheduled for sale in 2021, and Imphal Barracks in 2031.

Julian said “Given York’s long and proud association with our armed forces, this announcement is sad, disappointing news. I recognise the need for a modern, efficient defence estate, and the danger of spending too many scarce resources on maintaining outdated properties, and therefore support the government’s overall aims.

“However, these plans have to be carried out sensitively, and Ministers have to be careful not to impose sudden changes on communities that have loyally supported our armed forces for generations. There is now a question mark over the future of 54 civilian support staff at the Queen Elizabeth Barracks and Towthorpe Lines in Strensall, and also for staff that work at Fulford Road, and I am writing to Ministers to seek answers from the MoD about their future job prospects.

These sites will now become available for alternative use, with the likelihood being residential housing. I am very clear that anything that does take their place must be compatible with the capacity of local infrastructure, and that should a large development be proposed there must be significant upgrades to transport networks and local services. I will be monitoring the situation closely and discussing this matter further with senior planners at the City of York Council.

The MoD has committed to a consultation with trade unions regarding the plans. Julian has today written to Ministers at the MoD to ask them to clarify the timescale and process of the Strensall consultation, and when the impact on staff will be known. He sought clarification on the prospects for redeployment of support staff who may cease to be employed in Strensall, to minimise the impact of change on local families. He has also asked for similar clarification on the plans for Imphal Barracks, and for information on the government’s plans for Strensall Common when the sites are sold off.