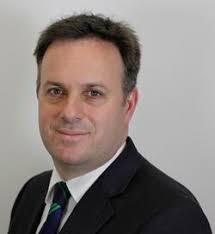 Julian has today received confirmation from the Chancellor that the Government will provide the funding to open a new railway station in Haxby.

Julian has been campaigning for the scheme since he was first elected in 2010 and has lobbied Ministers in support of City of York Council’s bid to the Government’s New Stations Fund, which was submitted in June.

Today, on the floor of the House of Commons in response to a question about infrastructure investment in York and North Yorkshire from Julian, the Chancellor announced that the bid has been successful.

After hearing the announcement, Julian said:

“This is a very good day for everyone in the north of my constituency, but especially the businesses and residents of Haxby and Wigginton who will soon be connected to the rail network for the first time in 90-years.

In my question to the Chancellor I spoke for many in the region who are worried that the sums that the Government has spent on the Covid relief effort will mean that their ambition for infrastructure in the North of England will be scaled back. In his Spending Review today, the Chancellor confirmed that this is not the case and the Government remains committed to its levelling up agenda to provide the local economy with a much needed recovery boost. For York this has already delivered funding to dual the outer ring road, to unlock York Central and now for a new station in Haxby.

I will continue to press for the swift delivery of these projects and direct the Government’s attention to other local priorities, including the dualling the A64 to the east of York and working with other local MPs to secure funding to reopen the York to Beverley line.”